Although sprinkler systems can do much to aid firefighters, crews must still be ready for a major battle 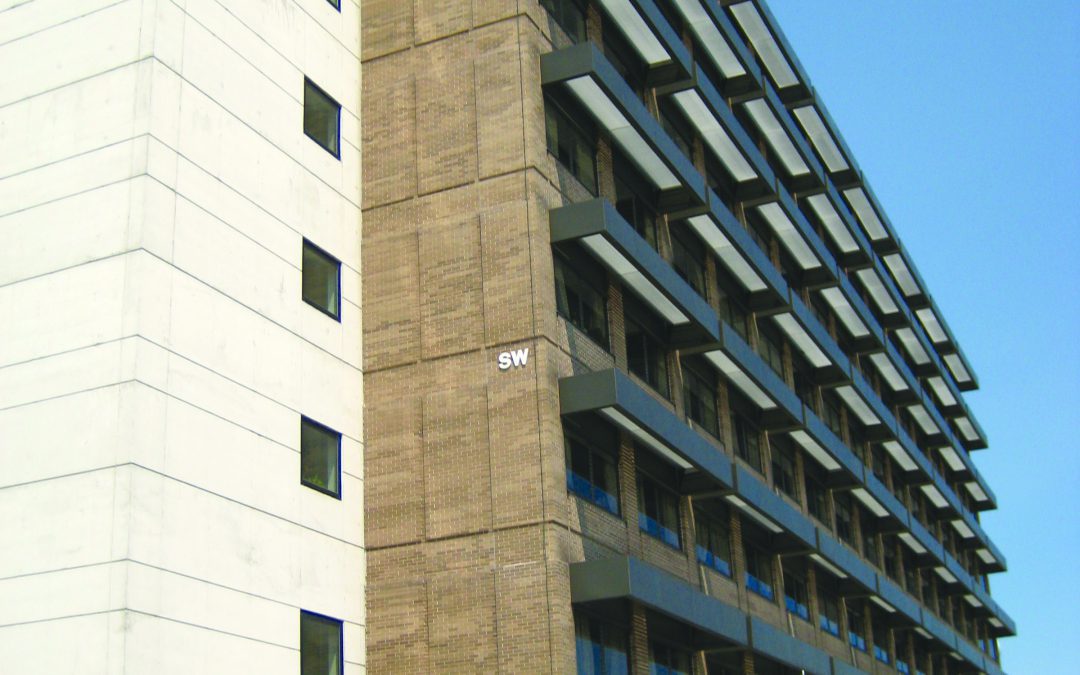 Hotels and condo/apartment buildings of wood-frame (Type 5) construction that are up to four stories tall have sprung up across the country. You can find them in cities, suburban areas and even in rural areas near highway interchanges. Almost universally, these buildings are being constructed with lightweight wood trusses and engineered lumber materials. They’re also generally being sprinklered, which may make most fire chiefs confident that a fire in these buildings would be small and easily handled by a single fire company with minimal resources. However, there have been a number of working fires in these occupancies, and to handle a fire in one, we must understand certain things about the buildings’ construction and protection features.

Held to a Different Standard
Although these buildings are sprinklered, they’re also protected by a standard that’s somewhat different from that of traditional buildings. NFPA 13R: Standard for the Installation of Sprinkler Systems in Residential Occupancies Up To and Including Four Stories in Height is the general guideline used for these buildings, and there are a couple important items to take note of regarding this standard:

Ignition scenarios that have resulted in significant fires in these buildings include lightning strikes that ignite the attic, or fires that ignite in the mulch/vegetation immediately surrounding the building and spread up the combustible exterior to involve the walls/attic space. A vehicle striking the building and igniting is another scenario that can overwhelm the sprinkler system. The point: It’s incumbent upon the fire department to not be complacent with these buildings—expect the possibility of a significant fire in them, even though they’re sprinklered, and use the following considerations to plan accordingly.

Resources
Don’t skimp on first-alarm companies just because the building is sprinklered. You’ll still need to perform all the same functions that you would on an unsprinklered building, so ensure your response includes at least 3–4 engines, 1–2 ladders and other support apparatus to initiate your water supply, fire attack, ventilation, search and rescue and other functions. These buildings typically have a dozen or more occupants, so you’ll need 15–20 (or more) firefighters to accomplish all fireground tasks. Make sure you’ve got the staffing levels on hand when the call comes in for these types of buildings.

Water
Make sure you have a good supply in the area and determine how you plan to use it. If the building is being constructed, advocate for the installation of proper mains or alternative supplies.

Some of these buildings will also have limited means of access. Laying hose down the driveway may mean few, if any, other apparatus will be able to get close to it. Determine in advance where supply hose will be laid to minimize the impact on additional arriving companies and consider alternatives, such as laying across yards if needed.

Fire Attack
You have to implement a fire attack, but you also have to be aware of the hazards of rapid fire spread and early collapse from the lightweight construction. Lightweight wood trusses in the attic space provide more combustible surface than standard “stick-built” construction, and vinyl siding and asphalt roof shingles lead to heavy fire loads and impressive fires. If the fire is confined to the occupied space, even in an unsprinklered area, it’s likely that a single handline can get in and finish off the job. If the attic is burning, however, the need for a deck gun or aerial master stream is quite likely.

Ventilation
These fires will likely self-ventilate quickly, and it’s probable that the construction won’t permit firefighters to safely work on the roof to vertically ventilate. It may be possible from an aerial or tower ladder, but in most cases, fire will be breaking through the roof upon or soon after arrival Ventilation may also be possible from the vents at either end of the attic or from false gable windows.

Master Stream Attack
If the attack choice is an aerial master stream, resist the temptation to apply the stream straight down onto the roof. Roofs are made to shed water, and if you’re able to penetrate through a free-burning space, it’s possible that much of the water may go right through into lower levels that may not yet have received much damage. Attempt to position the stream so that it operates in a more horizontal manner, to get as much water as possible to the burning area and to somewhat cut off the fire so that it can’t travel any further down into the building.

As soon as the bulk of the attic fire is knocked—and perhaps much of the damaged attic/roof material is out of the way—firefighters can re-enter the space, with the roof now gone, to finalize extinguishment. These are the tactics that have been used to successfully fight many garden apartment building fires over the years.

Fire on the Exterior
If the fire starts on the exterior of the building, prepare to remove a lot of vinyl or other siding to fully check for fire extension. Expect the fire to travel rapidly in a vertical fashion to the attic space. Get ground ladders, hooks and other hand tools, along with at least one hoseline, as quickly as possible to the exterior areas if it appears that fire has penetrated there. Assign a supervisor just to monitor that situation, while another supervisor and crew check the attic for extension. Natural gas or propane supplied to the building can fuel the fire, particularly if the fuel lines have been damaged in the incident. Get the utility companies to the scene quickly to help with shutting down fuel and electricity to the building.

Salvage
Salvage is a critical task, if you can get in and do it. Fires on above floors may not directly affect occupancies on the lower floors, and a few covers thrown may pay great dividends later.  Gather valuables and put them on a bed or table in the center of a room and then cover them to get the most value for your salvage effort. Remove critical electronics, such as laptops, from the building and give them to a law enforcement officer or some other safe location.  Most importantly, if and when possible, make sure you visit these buildings as they’re being constructed. Verify if lightweight wood-truss and engineered lumber are being used for the construction and plan in advance for how and where you’d set up apparatus if one of them ignites.

Smaller Dwellings
Note that similar tactics apply to one- and two-family dwellings protected by NFPA 13D sprinkler systems. In these occupancies, the maximum number of sprinklers expected to operate is typically no more than two, despite new home designs that often feature wide-open room/floor spaces. The sprinkler design assumes that a fire originates at a single location, and again focuses on preventing flashover, thus helping occupants survive the fire. Bathrooms, closets, pantries, certain ceiling pockets, garages, carports, attics and other similar spaces are also not required to be protected.

Prepare for the Surprise
We’re finding that despite our best efforts to prevent it or keep it to a minimum, fire finds a way to surprise us a bit. One way my department prepares for the surprise: We’ve been running incident command system (ICS) simulations using a commercially available fire simulator program. We use photos of real buildings in our district, and it’s proven quite valuable in practice. A large sprinklered home in our area was recently struck by lightning, which caused the home to ignite, but we had ensured a good water supply and had trained on that very scenario—and the training paid off with no injuries and a grateful resident.

This article can also be viewed at Fire Rescue Magazine
By
Greg Jakubowski, a fire protection engineer and certified safety professional, started his fire service career in 1978. Currently, he is a Principal with Fire Planning Associates which lead product is Blazemark a browser based Preplanning System, he also currently serves as Chair of NFPA 1620 Committee on Preplanning as well as a Pennsylvania State Fire Instructor and is the past chief of the Lingohocken Fire Company in Bucks County, Pa. Jakubowski is also a member of the IAFC.