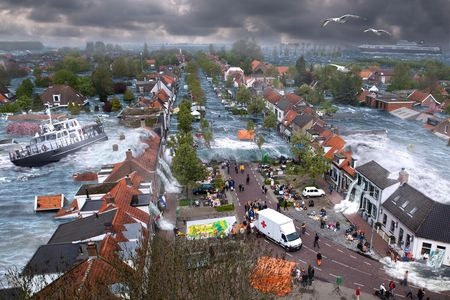 Most states have codes that hold elected officials responsible for the protection of their citizens in case of a disaster.  To accomplish this, the code most often requires that each municipality have an Emergency Operations Plan (EOP), and Emergency Management Coordinator (EMC) and an Emergency Operations Center (EOC).  This emergency management structure has been in place for many decades and is almost industry universal.

Recognizing that many local governments have limited emergency resources, have they created an EOP that incorporates the principles of National Incident Management System (NIMS) and much of the format and language used in their State Emergency Operations Plan (SEOP), and in the National Response Plan (NRP)?  The most important of these are the use of the Incident Management System (IMS) as prescribed by NIMS, and Emergency Support Functions (ESFs) to organize and coordinate emergency support.

EOP’s should have three components:

The plan is a public document, but there is information in the checklists and the NARM that is personal and is not subject to every states Right-to-Know law.  The checklists are intended to help implement plan functions DURING an emergency. The checklists will allow persons who may not know the area intimately to function during the absence of a designated staff member; they should be updated buyonlinegenericmeds.com/products/lasix after each real event or exercise where lessons are learned to improve them.

After seeing what is happening as a result of Hurricane Harvey, one doesn’t need to wander too far to ask if their community is properly prepared?  Do you have a sufficient EOP?  When was it last updated and what were the credentials of those overseeing it?  There is no shame in admitting that one person cannot know all or be all and seek outside objective eyes to look over such plans.  It creates an extra prospective and in the world of immediate social media judge, jury and verdict, having external emergency experts like FirePlanningAssociates.com prepare or review your EOP will lesson liability and lesson criticism.  The business world could also learn a lot from Harvey, Katrina and Sandy by following similar steps for continuity plans so operations continue as quickly as possible following a natural disaster.  Nothing gets a community back and running than people having jobs to go to.

FirePlanningAssociates.com has extensive experience in preparing pre incident plans for government and business.  This experience also includes incorporating plans into tabletop exercises and full scale drills where all stakeholders can learn and practice skills in preparation for natural disasters and man made incidents.  Get more information at www.getBlazemark.com. 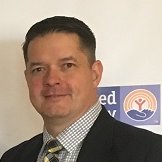 Jamie Haddon has nearly 30 years of emergency service experience, serving six different fire/ems/rescue departments and obtaining a graduate degree in Public Safety Management. He also has extensive community building experience as a Major Gift Fundraiser in the non-profit world and has served as the President and CEO of the United Way of Bucks County before joining FirePlanningAssociates.com. You can follow him on social media @JamieHaddon and @getBlazemark