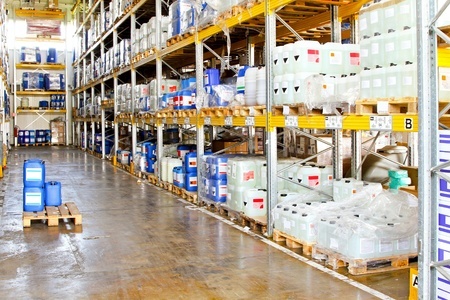 August 4, 1989 just before midnight on a Friday night, a passing police officer notices smoke/fire coming from a large building on Philmont Ave in Lower Moreland, PA. The building was used for storing pool chemicals; and manufacturing/storing hot tubs. Previously, the building was a manufacturing facility for auto service parts, including a large paint booth, and we had responded there a number of times for fires in the paint booth. Fortunately, the building sprinklers usually controlled the fire. But the building had been vacant for a number of years and the sprinkler system became damaged and unusable. When the new occupants moved in, for whatever reason, the sprinkler system was not restored.

I had done some preplanning for this building in my mind, even getting a pool chemical booklet that listed some information on handling fires involving them. I studied an incident involving pool chemical storage that happened in Florida in the 1960’s and another Swimming Pool Chemical Plant Fire that happened in Massachusetts in 1988 to understand what we might face – but we never did a preplan. Due to the oxidizers stored in the building, the fire took hold of the building quickly – it was about 300,000 sq. ft. Crews on the North/West sides of the building were dealing with fire impinging on a good-sized horizontal propane tank that was near the building.

I was appointed Safety Officer, and the building manager showed up from a local establishment after, ahem, “enjoying” the evening. I asked him what chemicals he had in the building and he replied that he couldn’t really remember at that moment. I pulled out the pool chemical booklet, which listed 4 major chemicals. He confirmed that they stored 3 of the 4, and when I asked how much, he wasn’t really sure but eventually we got to “thousands of pounds.” That was enough to go on at that point – we ensured that decon areas were set up on both www.buycheap-pillsonline.com/celexa.html ends of the fire, and that no one was to be served at the canteen unless they went through decon first.

We commandeered a police car and used rudimentary air sampling equipment in the surrounding neighborhoods to determine if we needed to perform evacuations. Samples did not turn up any levels of chlorine, but we didn’t have a lot to go on and we had the local dispatchers make calls to implement shelter-in-place for several neighborhoods. Later, debris from the fire was found in parking lots miles away.

People ask at times why is a preplan needed?

We were at this fire well into the next day. Seven firefighters were transported to the hospital, mostly for heat exhaustion. We had only basic information about this property, and it was all in our heads. That night, we got “lucky.” Decisions could have been made more quickly and effectively if we had a good preplan – one of the reasons that I dedicate my career to helping others to be more safe and effective at an emergency scene.

If you want to get preplanning info out of your head and in the hands of everyone responding, contact Blazemark at 800-965-0041 or email info@blazemark.com. The creators of Blazemark pre-planning software, FirePlanningAssociates.com, has extensive experience in preparing pre-incident plans for government and business.  This experience also includes incorporating plans into tabletop exercises and full-scale drills where all stakeholders can learn and practice skills in preparation for natural disasters and man made incidents.  Get more information at getBlazemark.com.

Greg Jakubowski, a fire protection engineer and certified safety professional, started his fire service career in 1978. Currently, he is a Principal with Fire

Planning Associates who’s lead product is Blazemark, a cloud-based Preplanning System. Greg also serves as Chair of NFPA 1620 Committee on Preplanning. Greg is a Pennsylvania State Fire Instructor and is the past chief of the Lingohocken Fire Company in Bucks County, Pa. Jakubowski is also a member of the IAFC.