One More Reason To Have a Preplan… 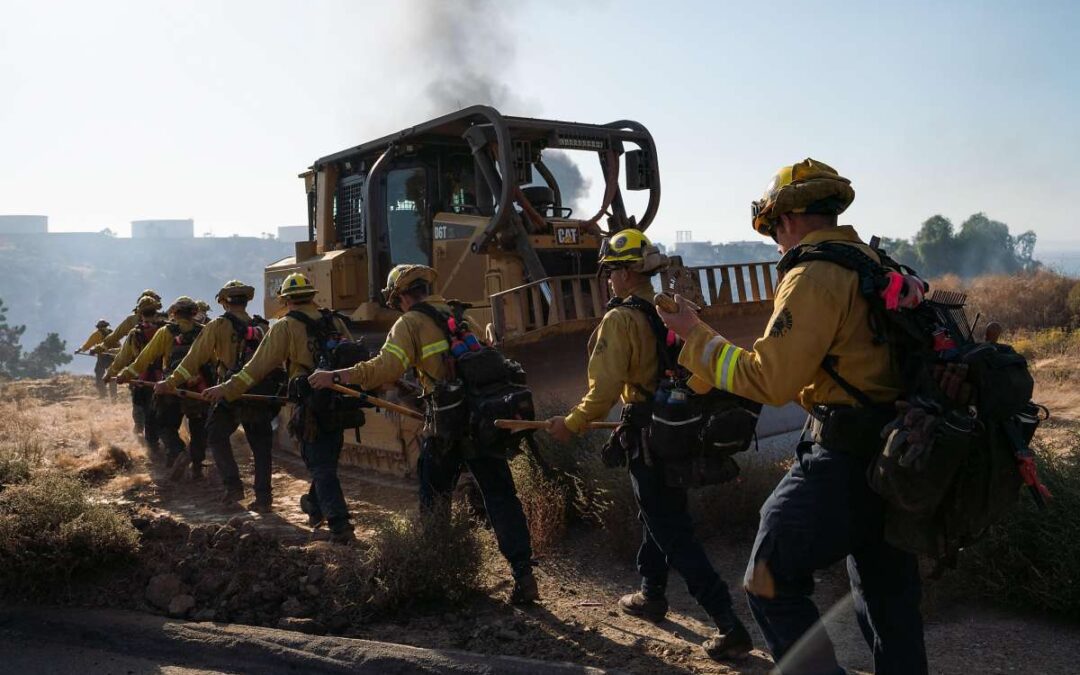 As firefighters descended on the volatile blaze engulfing two giant tanks at a fuel-storage facility in Crockett on Tuesday, they reached the front gate and found it locked.

And once they made it inside the facility with its 24 storage tanks, they discovered an abandoned operation: NuStar Energy’s handful of workers fled the scene and the emergency fire suppression system was not activated, Contra Costa County Supervisor John Gioia told The Chronicle.

Gioia was briefed Thursday by officials, including the chief of the Contra Costa County Fire Protection District, which is leading the investigation.

Eventually, firefighters found a worker who was unable to inform firefighters about what type of material was stored inside the tanks, Gioia said. One of the tanks had exploded, going up in flames and burning another.

Gioia said the cascade of gaffes have left him troubled.

“What exactly was the training of these workers?” he asked. “It caused a delay. I don’t think a long delay, but clearly seconds count.”

“While all our employees are very familiar with the products in our tanks, the combustion happened so quickly and so unexpectedly, that there was some initial confusion about which tanks were impacted,” officials said.

its employees identified the affected tanks and understood the “product and the volume” of the contents, but it disputed the staff abandoned the facility.

“Our employees are trained in an emergency to report to their muster point in order to account for and verify the safety of all visitors, employees and contractors,” a NuStar spokeswoman said in an email. “In this case, the muster point is just outside the gate across the road. So while employees moved to a safe location away from the tanks, they did not abandon the facility.”

Company officials also said the front gate was locked as part of a security plan required by the Maritime Transportation Security Act of 2002.

“Unfortunately, in this case, given the speed, intensity and particular location of this combustion, the suppression equipment for that part of the facility was inaccessible until first responders arrived to cool the area down with water,” officials said.

Steve Hill, a spokesman for the Contra Costa County Fire Protection District, said the first fire crew to arrive was the Crockett-Carquinez Fire Department, which “encountered some difficulty getting into the facility.”

Confusion over getting the gates open delayed entry by up to a minute, he said.

Earlier in the day, the company released a statement: “The cause of the incident is still being investigated, so we do not yet know if it is related to the earthquake or not,” NuStar spokesman Chris Cho said.

State officials have shuttered the Crockett facility until investigators can piece together what caused an explosion and the destruction of two tanks containing 250,000 gallons of ethanol, leading to the seven-hour closure of one of the Bay Area’s busiest freeways. Gioia and other officials Thursday had no information about whether a magnitude 4.5 earthquake that hit roughly 10 miles away in Pleasant Hill the night before caused the fire.

Gioia said search warrants were served on the company’s computer servers, similar to an airplane’s “black box,” the morning after the fire. Those computers could include a video of the fire and explosion, as well as monitoring and measurement data before and after the fire, he said.

NuStar acknowledged that it’s own surveillance cameras captured the fire and the recording has been turned over to investigators.

Gioia wasn’t sure exactly how firefighters eventually gained access to the NuStar property, but the plant was abandoned at that point. All but one employee bolted off the property, while the last employee ran the other direction toward Interstate 80. The supervisor said he was told that about five workers staff each shift and none hit the switch to activate the manual fire suppression system.

“I’m told they were pretty close to it on the way out and just passed it,” Gioia said.

Once firefighters made contact with the workers, the trouble continued.

“The fire chief was clear that one of the fire personnel asked what was in the tanks and that (worker) didn’t know,” Gioia said.

Hill also said investigators are trying to determine why the fire suppression system was not activated. He said it’s possible workers may have tried but it failed — or they were unable to access the controls due to the fire.

NuStar has said that following Monday’s quake its employees had conducted a physical inspection, walking through the facility to look for problems and found none.

Fuel storage facilities like NuStar’s are subject to fewer regulations than refineries, which process and also store fuel.

The Contra Costa County health department audits the NuStar facility once a year, but there’s no requirement to check on a facility after an earthquake, according to county health officer Randy Sawyer. It’s left up to the company.

Gioia said he hopes to add such tank farms — there are more than 30 in the Bay Area — to the Industrial Safety Ordinance, increading regulations.

NuStar said Thursday that it conducted air monitoring in multiple sites to test for contaminants during the blaze, but none was found at detectable levels. Gioia, who serves on the California Air Resources Board, said that was because their ground monitors wouldn’t pick up the smoke heading vertically into the air due to the lack of wind.

“The plume of smoke was particulate matter and it would have been very unhealthy to breathe that,” he said. He added that hazardous materials investigators will be able to determine what emissions escaped based on the amount and type of materials that burned.

Shore Terminals LLC, the subsidiary of NuStar that runs the facility in Crockett, had five violations recorded by the Environmental Protection Agency from 2015 to 2017. One was related to hazardous waste requirements for large generators.

Shore Terminals LLC and the Crockett location were also involved in a federal criminal case in 2009 for emitting large amounts of volatile compounds into the air without a vapor recovery unit for at least a year, according to the EPA. The company pleaded guilty to making false statements and was sentenced to pay a $1.75 million criminal fine, serve two years of probation and create an environmental compliance plan, according to the EPA.

The Crockett facility’s most recent business plan was submitted to the county health department on Feb. 27. The plan said the site is a hazardous waste generator but doesn’t treat waste on-site or own or operate underground storage tanks.

The latest county health department inspection of the facility in July reported a minor violation of failing to test or inspect the structural integrity of each above-ground container. The county asked the facility to inspect, test and maintain records by a month later in August.